Thank you for your feedback!

One single kanji may have more than one different readings. In Japanese, these readings are classified in three different groups: On'yomi, Kun'yomi and Nanori.

The reading is coming from the original Chinese pronunciation of the character. It's commonly used in multi-kanji compound words and usually written in katakana.

The reading is coming from the pronunciation of a native Japanese word. Commonly used in words consisting of just one kanji and usually written in hiragana. Where relevant the okurigana is also included separated by 「·」. Readings associated with prefixes and suffixes are marked with 「〜」.

Modern PinYin romanization of the Chinese reading of the kanji. The tones are represented by a concluding digit.

The Korean readings of the kanji both in hangul and in romanized form. The readings are in the (Republic of Korea) Ministry of Education style of romanization.

Vietnamese readings of the kanji.

The meanings of the kanji in different languages. These meanings may come from both the On'yomi and the Kun'yomi readings.

In case of differences between languages, the English version prevails.

There are some generic rules to write kanji properly, specifying the order on which each stroke should be written, and although there are some exceptions, these rules apply most of the time.

This section represents in a visual way the stroke order of the kanji. The animation can be stopped, at any time and each step can be manually advanced.

Not available for this kanji. 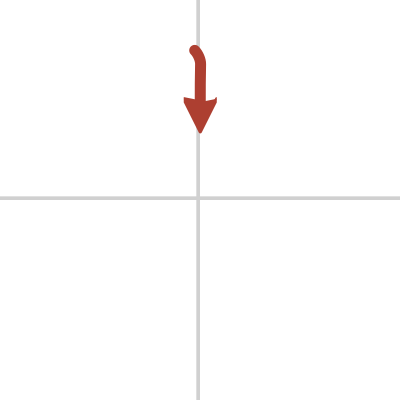 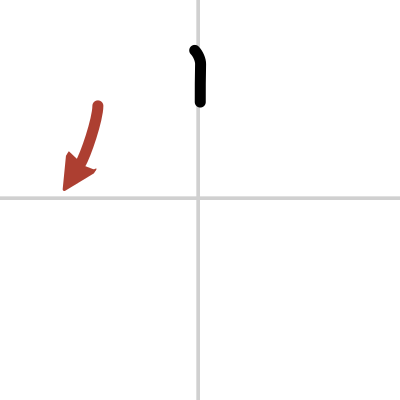 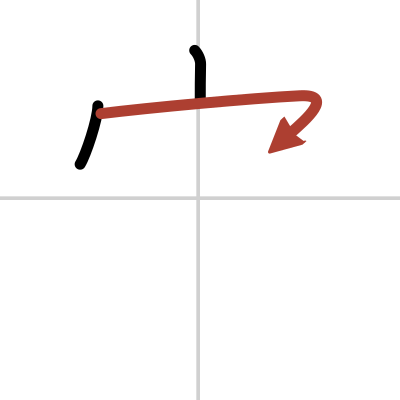 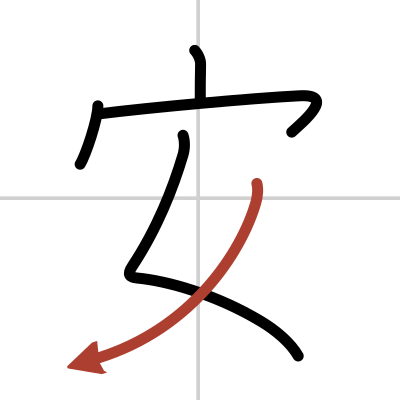 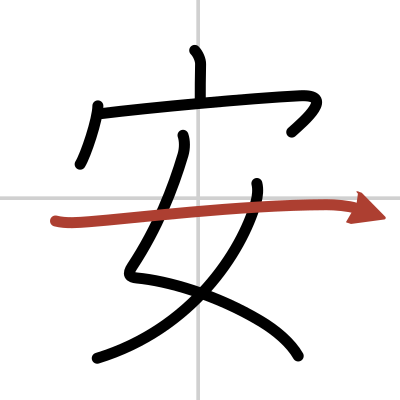 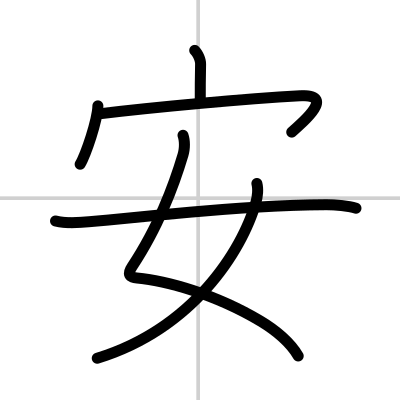 Components of this kanji help

Most kanji can be decomposed into smaller parts. Those parts are called radicals, and they are often semantic indicators of the meaning of the character.